Home » News » Get to know your vehicle warning lights

Get to know your vehicle warning lights

With the increasing electronic content in modern vehicles comes a multitude of new dashboard warning lights. And since cars can now effectively self-diagnose, these lights will communicate important error messages and faults, alongside less critical information. Worryingly, however, a recent survey suggested that nearly half of all motorists don’t understand what they mean. Do you? Here, we provide a quick overview of the most important lights and explain why you should never ignore them.

Some warning lights aren’t cause for concern; they’ll simply go out once the car’s running. Others are a sign, usually the first sign, that something’s not right. This could be a minor problem, such as a faulty sensor or loose wire, or something a whole lot more serious – a red warning light – which will require immediate attention. Either way, if illuminated whilst driving and left unchecked, they could be unsafe or cause long-lasting and costly damage, so you’ll want to get it checked.

As well as a reminder that you’ve left your handbrake on, this could indicate a fault with the brake system, such as wear to your brake pads or discs, low brake fluid level or an issue with the anti-lock brakes. Since your brakes are safety critical, you’ll want to get this checked out by a qualified technician immediately.

As a rule of thumb, the check engine or ECU light only comes on if there’s an emissions related fault.  If this light illuminates, the car will still function, but could switch into what’s known as ‘limp home’ or ‘safe’ mode with reduced performance, to protect itself. Either way, it will require immediate attention, to prevent any longer term and potentially irreparable damage

This indicates an issue with your power steering, causing your steering to become heavy. This can be annoying at lower speeds, but could have much more serious consequences at higher speeds, especially if you need to manoeuvre quickly. It’s therefore important to have it checked out straight away by a professional.

Most modern diesel vehicles are fitted with a DPF, which removes harmful soot from the exhaust. Much like a hoover, this can become blocked and will need to be emptied. If this happens it will trigger a warning light, which for the most part is nothing to worry about – driving for 10 minutes or so at speeds over 40mph will normally clear it. However, you should never ignore this light as a completely blocked DPF can be expensive to replace and cause damage to the engine.

Whilst this can indicate that the airbag has been switched off manually, it can also signal a fault. A defective airbag may not deploy in a crash. Alternatively, it could go off for no reason. Both risk injury and can be expensive to resolve, so it pays to get it sorted.

This can signal that your coolant levels are running low and will need topping up, or that your engine is overheating. This could be the sign of a system leak, or a larger problem such as a gasket head failure. Either way, it’s advisable to get it seen to as soon as possible to avoid any further damage.

This can suggest one of three things; the temperature of the oil is too high or the level or pressure is too low. Unfortunately, if this light comes on, it might already be too late, since the engine may have been starved of oil, and thus lubrication, damaging the internal components and resulting in a potentially expensive bill. So if you see this light, pull over safely and seek immediate attention.

If your car is equipped with a monitoring system, sensors in the wheel will detect any loss of tyre pressure and trigger a warning light on your dashboard. This could indicate a gradual reduction in pressure or a puncture. Just remember, if you’re topping up the tyre with air, you’ll need to reset the system.

This can indicate a number of issues, ranging from a faulty sensor to a defective ABS pump. If you have a wear sensor installed, it may also signal that you need to replace your brake pads. If the ABS warning light is illuminated, chances are your brakes are not functioning correctly so you’ll want to get it inspected immediately.

this light should switch off a few seconds after you start your engine. If it doesn’t you could have a problem with your electrical system such as a faulty battery or alternator. Critically if the alternator isn’t charging the battery, you could run out of electrical power and come to a halt. Start by turning off anything that draws power from the battery such as the radio, A/C etc and then seek professional help. In the interim, it’s advisable not to switch off the engine, until you’ve reached a safe place, in case it doesn’t start again. 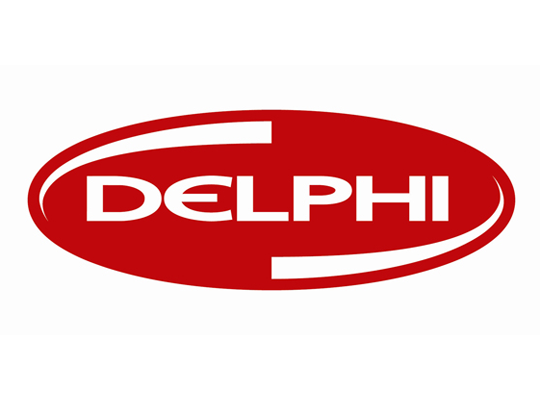 About the Author: Delphi