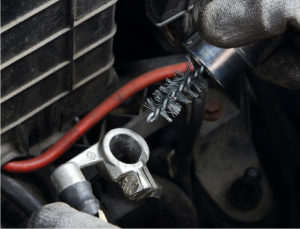 Before removing the DMF unnecessarily, you should also consider contaminated or corroded ground contacts, contact resistors on the electrical connections in the starter and generator electrical circuit as well as problems with the battery (insufficiently charged, damaged or defective) as a failure cause.

Starting problems, vibrations or noise while driving, launching or turning off the engine are often misinterpreted.

The wrong diagnosis is often a defective dual-mass flywheel. Therefore, checking the dual-mass flywheel should always start with excluding other causes in the area of the flywheel first. Faults with the mixture formation (e.g. ignition system), carbonized injection elements, etc. can be identified using a diagnostic unit (e.g. by checking the idling control / quantity comparison). Engine starting problems, flickering headlights or unusual starting noise in the area of the clutch and the DMF may also be caused, among other things, by contaminated or corroded ground contacts, electrical connections and problems with the starter circuit.

The cleaning system for electric contact surfaces from SACHS allows you to easily and efficiently clean all contacts and eliminate many problems in the process.

How to check the DMF – stress tests on the flywheel

If the fault diagnostics options are insufficient for the installed dual-mass flywheel, the DMF can also be examined visually, mechanically or on a test bench, although this latter possibility remains a task for the manufacturer.

Any workshop can check a dismantled dual-mass flywheel with simple tools or the special tool provided for the purpose. The part number is 4200 080 563. It is important to know the right methods. For further information, please consult our online catalog WebCat. Enter the part number in the search box at the bottom edge of the browser.

During a visual inspection, a discolored friction surface on the secondary flywheel (arrow A) indicates an overheated or overloaded DMF. This effect can occur if drivers let the clutch slip for too long or the release system is faulty. In addition, there is a danger that longer-lasting overheating will harden the special lubricant in the DMF, which frequently ends in component failure.

If there are visible fissures in the friction surface,(arrow B) the DMF has to be replaced – otherwise it may crack. Yellowish discolorations in the area below the friction surface (arrow C) are also a reason for replacement, as the DMF axial bearing is then worn. This is audible during vehicle operation. If lubricant with fragments escapes from the inside of the component, a replacement will be needed.

During the visual inspection, check for discolorations (A, C) and cracks (B). 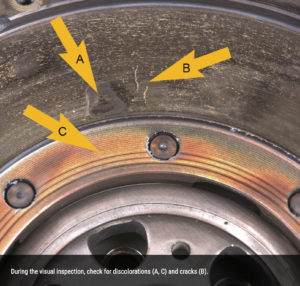 Rotate to the maximum extent

A DMF can also be checked while fitted in the vehicle or once removed using the special dual-mass flywheel test tool. Here, the free travel of the torsional damper, the evenness of its spring force, the axial bearing conditions and the displacement travel of the radial bearing site can be determined.

Note: Determining the current condition of the dual-mass flywheel does not allow any reliable conclusions to be drawn regarding the remaining service life.

When rotating the secondary flywheel, the angle reached on both sides must be identical.

When checking the free travel of the torsional damper, the secondary part of the DMF is rotated using the lever counterclockwise until encountering slight counterpressure or feeling the spring force of the torsional damper. The free travel should not be more than six teeth of the starter ring gear. If it is more than six teeth, it is highly likely that internal damage exists and the DMF will need replacing.

When checking the axial bearing site, the secondary part of the DMF is moved evenly to and fro using the lever within the clearance. If the secondary part rubs on the primary side and/or scraping noises can be heard, the DMF will need replacing.

Note: The tilt of the secondary part does not provide any indication of the condition of the DMF; this may be larger or smaller due to the design.

The radial bearing site is checked by pressing the secondary part of the DMF lightly and evenly using the lever, while trying to move it radially by applying light force. During testing, no or only a slight radial clearance should be discernible. In the event of large radial displacement, the DMF must be replaced. 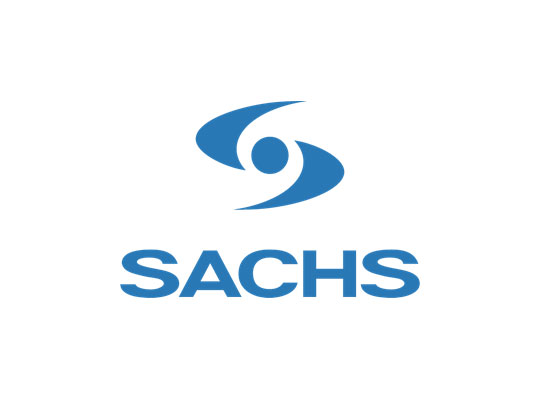 About the Author: Sachs