Instructions on how to Replace Strut Mounts

A worn or defective strut mount can be recognized by various symptoms. These include:
• Squeaking during spring movements of the chassis
• Poor cornering
• Crackling noises during steering wheel movements
• Restricted resetting of the steering after cornering
• Knocking sounds when driving over uneven surfaces

Note: The images and the procedure described for replacing a strut mount in this useful tip are only intended as examples and may vary depending on the vehicle and suspension strut design.

1. First, raise the vehicle using a two-pillar hoist and remove the wheels from the axle.

2. Remove the suspension strut according to the vehicle manufacturer’s specifications and clamp it in an appropriate fixture.
WARNING: Risk of serious injury caused by the sudden release of springs. Always use a suitable spring tensioner.

5. Position the new strut mount in its installation position. In doing so, check in particular that the lower part of the mount is seated correctly on the suspension spring.

6. Fit all bolts and fastening components and tighten the lock nuts to the torque specified by the vehicle manufacturer.

7. The spring tensioner can now be carefully released. In the process, continue to check that the suspension spring is placed on the strut mount and on the suspension strut plate correctly.

8. Now the entire suspension strut can be removed from the holder and refitted in the vehicle.

9. Then refit the wheels and perform a full wheel alignment. Finally, carry out a test drive. 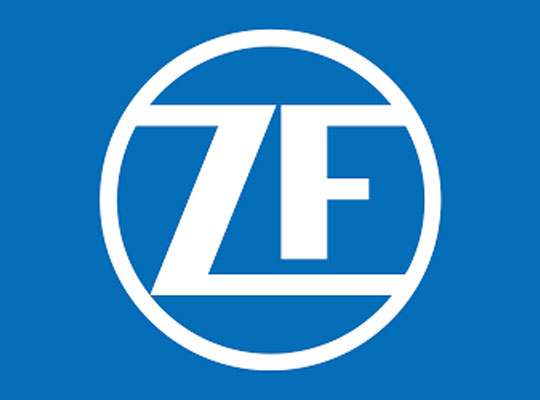 About the Author: ZF