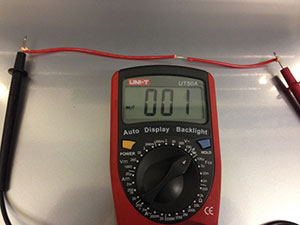 Often the difficulty when facing a broken vehicle which is presenting a fault code, is working out quickly and accurately exactly what the root cause of the problem is. Our resident diagnostic trouble-shooter, James Dillon, has put together this short ‘hints and tips’ piece to help technicians during their diagnostic process.

Three key electrical faults
When troubleshooting systems it is useful to remember that there are only three faults that affect wiring:
1. Open circuit – where the circuit cannot be completed due to a connection, component or wire being open (broken). This situation will cause the component not to work. Sensors may set a fault code – input voltage too high.

3. Too much resistance – this prevents the signal (on a sensor) or the current (on an actuator) from passing along the circuit efficiently. Corrosion (green wiring or connectors) is a major cause of too much resistance.
Remember that a system with a wiring fault will not be fixed by fitting new components. The only way to know if you have a wiring fault, or a component fault, is to measure the circuit whilst it is operating under the same conditions that the fault occurs.

Resistance measurements
Much of the troubleshooting information made available to technicians provides resistance values for various system components. I question whether these are given because it’s easy to do so, rather than this being the right thing to do. Now for a rather sweeping statement: If you are mainly measuring resistance values during your component checks then you are going to misdiagnose a lot of components. I can say this confidently because of the following:

1. Resistance checks require you to break the circuit to see if it is broken. In short, resistance tests can only be carried out when the component or wiring is not passing current. Have you ever known a car to break whilst it’s not working?

2. Imagine a multicore cable with 10 strands inside. Let’s cut nine of the strands and then measure the resistance of that wire, see Figure 1. We’ll get a pass (zero ohms – or continuity), however, the wire will not be able to pass the required current to drive the component – so resistance testing will provide a false positive. To improve your fix rate you need to measure voltage whilst the circuit is active and working (or trying to work).

Sensors and actuators
Sensors report data and actuators carry out the ECU’s instructions. They are electro mechanical devices. This means that they contain or use both electrical and mechanical parts. For instance, an EGR valve which is stuck open may not report a fault because the fault is mechanical (stuck) and the system is monitoring the component only for electrical faults. We must always consider the mechanical relationship between the various sensor and actuators and their task. A crankshaft position sensor may be electrically faultless but if the gap between the sensor and its target wheel is mechanically too large, the sensor will never produce any output. It is critical to consider the mechanical dimension of the sensors and actuators during your diagnostic routine as these issues will not usually set a fault code.

Get to the root cause
Input, logic, output – all computer-based control systems operate using this methodology. Data is received from the sensors by the computer, it carries out logical evaluation (its program), it calculates an output based on the logic and it commands an actuator to do something – simple! Therefore, if we prove the input is correct, yet the system doesn’t function correctly, we can suspect either the logic (the computer) or the output (the actuator). By accurately testing inputs and outputs we can diagnose the root cause of the system failure correctly. However, some faults are difficult to diagnose, even for the more skilled diagnostic technician but the fact remains that if there is a fault, there has to be a cause. If you can’t find the cause, it’s not because it doesn’t exist, it is due to the fact that you’re not looking in the right way (with the right tool), in the right area or under the right conditions.
When, despite your rigorous testing, the fault is present but there doesn’t appear to be a root cause, consider external interference. In a petrol engine, spark plugs are a likely source of engine running faults. On a diesel and petrol engine, a worn starter motor can cause all sorts of difficult to detect starting issues.

Best advice?
The best advice I heard concerning system testing and misdiagnosis is this: So you ‘think’ that you have diagnosed the fault correctly but before you push the button and order a new component, think about what will happen if the new component doesn’t fix the fault. What is the first test you’ll do after fitting the component that doesn’t cure the fault? Simply, perform this test before you order the new component. This will help prevent misdiagnosis.
If you’d like to develop your electrical and diagnostic fault-finding skills, James runs a number of different Saturday training courses from his workshop in Somerset. See www.techtopics.co.uk for more details. If you’d prefer on-the-job help and guidance consider using Diagnostic Assistance software seewww.diagnostic-assistance.co.uk for more details.

About the Author: Woodford Diagnostic and Training Services

Woodford Diagnostics was formed in 1994 by Robert Keith who has been working within the motor trade from an early age. The company is based in Cavan town, Ireland.