Tenneco’s Powertrain division will present its all-new Megabond cylinder liner technology at the 2019 IAA Frankfurt Motor Show Press and Trade Days only. It says that Megabond liners provide superior robustness for high performance and durability on engines with cast aluminum cylinder blocks. They offer twice the mechanical bond strength of existing state-of-the-art liners, combined with excellent thermal conductivity, to meet the increased mechanical and thermal loads of tomorrow’s high efficiency engines. The new technology is suitable for light vehicle applications of all types: gasoline, diesel and alternative fuels as well as hybridized versions. 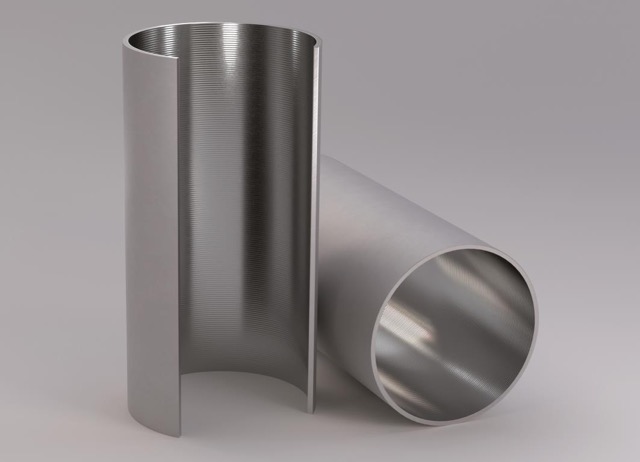 “The improved bonding and thermal conductivity provided by Megabond liners enable a broad range of benefits including reduced oil consumption, lower CO2 emissions, improved NVH and higher engine performance,” said Gian Maria Olivetti, Vice President Global Engineering, Tenneco Powertrain. “But most important of all, Megabond liners support outstanding durability and reliability because they are more resistant to the stresses that can cause debonding or delamination during manufacture or operation.”

Tenneco´s Megabond liners use an evolution of the company´s proven Hybrid Liner technology which employs an Aluminum/Silicon alloy deposited around a cast iron liner by wire arc spray, prior to casting the aluminum block around it. The unique design creates an exceptionally strong intermetallic bond between the liner and the aluminum block.

Megabond cylinder liners were initially developed to meet the requirements of next-generation engines with ultra-close bore spacing, which can place severe demands on liner stability and thermal performance but constrain liner thickness, as Volker Scherer, Director, Liners, Tenneco Powertrain, explained. “Many in our industry felt nothing could beat the strength of a mechanical interlock, such as our Aslock-type liner with its spined surface, but the space restriction meant we had to develop a thinner solution. In this respect, Megabond is an enabling technology because it allows our customers to produce more compact engine designs without compromising durability,” he said.

The new technology offers important manufacturing benefits as well because Megabond liners are tolerant of a wider variation in the casting properties of the cylinder block. The improved robustness means the foundry is not limited to such a narrow window in the parameters of the casting process in order to ensure a successful finished product.

“The Megabond liner complements our existing liner technologies, extending the range of solutions available to our customers,” said Scherer. “This means whatever the specific combination of loads, temperatures and engine architecture our customers require, we can deliver an optimum liner specification.”

The new Megabond liner technology was developed at the company’s technical facilities in Friedberg and Burscheid, Germany. Production is planned to commence later this year in Germany and in China.

Just to explain why this article is different from the usual aftermarket ones our readers would associate with Tenneco. Following their planned separation to form two new, independent companies, an ‘Aftermarket’ and ‘Ride Performance company (DRiV)’ as well as a new Powertrain Technology company, the new Tenneco targets being one of the world’s largest pure-play powertrain companies serving OE markets worldwide with engineered solutions addressing fuel economy, power output, and criteria pollution requirements for petrol, diesel and electrified powertrains. The new Tenneco would have 2018 pro-forma revenues of $11.4 billion, serving light vehicle, commercial truck, off-highway and industrial markets.